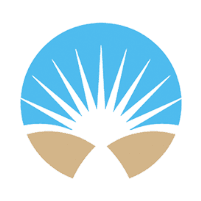 The first sign of bipolar disorder is typically an episode of depression before the onset of a manic episode. Then bipolar depression continues throughout your life, often failing to improve with standard medical care. Angela Jones, MD, and the team at Delaware Valley Wellness Center in Voorhees, NJ, Philadelphia, PA and Delaware, are experts in treating bipolar depression with ketamine infusions. If you’d like rapid and long-lasting relief from bipolar depression, call the office or complete the online questionnaire.

What are the different types of bipolar disorder?

Bipolar disorder, also known as manic-depressive disorder, is a brain condition that causes changes in your mood and energy levels. These changes cycle between episodes of high and low energy.

The high-energy periods, called mania, and low-energy periods of depression vary in their severity and frequency, which is why there are several types of bipolar disorder:

Bipolar I disorder is diagnosed when you have at least one full-blown manic episode that’s severe and often requires inpatient treatment. You may experience major depression before your manic episode.

If you have bipolar II disorder, you have at least one hypomanic episode and one or more episodes of major depressive disorder.

Cyclothymic disorder occurs when you have many mild episodes of hypomania and depression.

What symptoms might I have due to bipolar disorder?

The symptoms of full-blown mania and hypomania are the same, but hypomania is less severe. With hypomania, you may feel great, but your friends and family recognize the change in activity and mood. Having hypomania also increases your risk of developing full-blown mania.

The symptoms of mania include:

The symptoms of depression include:

It’s important to seek professional care when you notice symptoms of mania and depression. Bipolar disorder usually worsens when it goes untreated.

What is the role of ketamine in bipolar disorder?

When a low dose of ketamine is administered intravenously, the medication directly targets your brain, where it balances chemicals and improves nerve connections. As a result, your bipolar depression improves, often within several hours.

The team at Delaware Valley Wellness Center recommends a series of six ketamine infusions administered over two weeks. This series produces long-lasting symptom relief that only needs an occasional ketamine infusion to maintain your results.